Thoughts On A String

Observations of life by author and poet Charles L. Chatmon

Links
Social Media
The Network
Things to Do

It doesn't matter what the situation is, but it is the reason why so many young Black men (brothers) keep messing up, young sisters with their heads on straight become more focused, serious and not deal with childish antics unlike their male counterparts.

It's no wonder for all of the Black Girl Magic -like affirmations and positive statements in public, Black women across the board are passing these young men by. I see younger brothers who are ignorant until they get in trouble. It doesn't matter what's happening to our kind in the rest of this world or this country.

Either we step it up and stop engaging in bull.... or sistas will continue to pass us by or perhaps, won't need us anymore.

The News I Have Been Waiting For: Storm Over South Central

Ladies, gentlemen and all you good folks out there.......THE MOMENT IS ALMOST HERE! 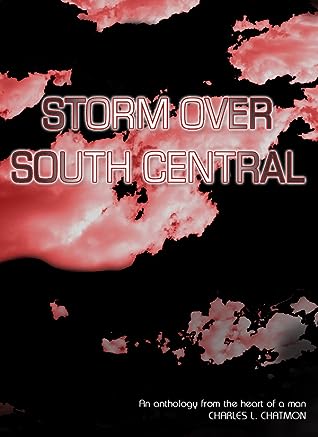 The Storm has been unleashed, which means it's time to share what's inside the much anticipated anthology by author Charles L. Chatmon.

Chatmon, a refreshing voice in the world of modern poetry and author of The Depths of My Soul & The Voices of South Central returns with engaging short stories and thought provoking poems.

Read Storm over South Central and discover the thoughts he writes about in this volume filled with verses and tales of despair, stories of hope. It will also reveal a lot about American society - its strengths, its flaws and its people. This is a literary journey you will enjoy taking.

BEFORE I LET THIS BAD BOY GO: There are a few things everyone should know before I release Storm to the reading public. A release date will be announced soon. Because of the pandemic still in effect, any book signings will be online. Pricing, etc will be also announced at a later date. Make no mistake about it this time! Storm Over South Central is finally completed and ready for public consumption! (smile)

The Reality We Face

This wasn't an easy subject to talk about. You see, a close friend and Christian brother I have known for over forty years passed away this past week. The subject of this video reflects on that one true reality we all will face one day. There's no avoiding it.

Not Up to Them

By now everyone knows about our California recall election next week. Either Gavin Newsom remains as governor or another candidate such as a conservative talk show host and self-proclaimed "Sage of South Central" (okay, there can be more than one :)) will occupy the covered seat in Sacramento. I can tell you that I have made my choice, I voted, sent in my ballot and that's the last you'll hear from me about this subject.

As if anyone reading this actually cares.

This is how it should be when you read a news story of an actor, singer or artist speak on a controversial subject or run for public office themselves. The late former President Ronald Reagan was an actor before he ran and won the governorship of this state back in the mid-1960's. If I recall, he didn't 'make waves' as an actor offering his opinion on the subjects of the day. I do remember he would make them as governor. Today's celebrities and pop-culture icons would produce clickbait for online web sites or old school front page news by just opening their mouths and saying whatever turns those pages or keeps those clicks coming. The difference between the mid-1960's and today is so different, you almost long for those days to come back.

For example, what does a reality show star have to offer but their opinion on a subject matter? My life won't change much because this reality show star said we should do something about racial disparity in the prison system, or better food choices for the poor. When the L.A. Unrest exploded, celebrities who would never set foot in this area were out by the hundreds. Whether you're from a Different World or the stars of a television show from a new network, these celebrities actually believe just by showing up and speaking what's on their hearts, things will improve.They did, but it wasn't up to them.

The title of this essay is truthful. What does my opinion have to do with anything? I could say 'wear a mask' or 'social distance' all I want, but it's up to you, the reader to decide if that's the best course of action. All I can do is speak my mind. I may not change one mind at all, and that's okay. Why is it assumed our pop-culture stars have the 'magic bullet' to change social policy? They don't and never will.

If we as a society pay too much attention to our icons, letting them dictate how we vote, what social justice causes should we pursue, then we are like a certain political ideology defines us as..."sheep." We should never allow that to happen. We should think for ourselves and make choices because we have a right to do so. Not because so-and-so said it. It doesn't matter if it's a website, blog (like this one), or any other medium which the masses can be reached. A pop-culture icon has never made a decision for me, and never will. I hope as an author, I never have that power. I can persuade, but that's about it. The choice of anything you do should always remain with you. Not the celebrity speaking out. It's totally up to you.

Just Throwing This Out There to the Universe

Ladies, gentlemen, all you good folks reading this, I would like to hear from you in what way have I impacted your lives through my work or by my presence? It doesn't matter. I just need to know because I have things on my mind that I'm dealing with. Your responses can help me figure them out.

Since you can't comment here on the blog (guess what? I removed that feature! Spam reasons), I prefer it if you send me a message on my social media platform to tell me your answer. You can also email me, but please find it through the contact feature of my website.

Thank you for taking the time to read this. I appreciate your support. Always have, always will, and that's the truth.

Bravenet Blog
Get One For Free!
powered by